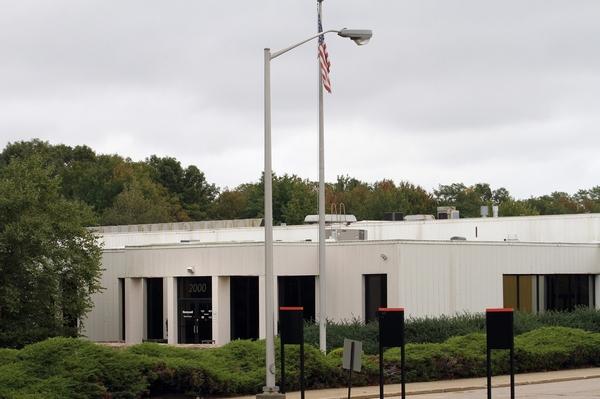 by: MC Webmaster in: Providence Journal

The elections board voted 5 to 1 on Monday to approve the no-bid lease the Raimondo administration negotiated with Bradford Dean, the chairman of Dean Warehouse Services, after cancelling competitive bidding.

PROVIDENCE — The Rhode Island Board of Elections has voted to move from a rent-free, state-owned building on Branch Avenue in Providence, not far from the State House and the courthouses, to a suburban Cranston building owned by the businessman who gave former House Speaker Gordon Fox a job when he was first released from prison.

The elections board voted 5 to 1 on Monday to approve the no-bid lease the Raimondo administration negotiated with Bradford Dean, the chairman of Dean Warehouse Services, after cancelling competitive bidding.

With the governor’s team intent on moving the Board of Elections out of its less-than-perfect current home, Acting Chairman Stephen Erickson called the former Honeywell plant at 2000 Plainfield Pike in Cranston, owned by a Dean real estate affiliate, “the best available option.”

But the anticipated hike in rental payments from “zero to $6 million″ over the span of the 10-year lease did not sit well with all of the elections board members.

“As a taxpayer,″ said Commissioner — and former senator from Cranston — David Sholes, who cast the lone nay vote, “I believe that the state should own its own facilities. It should be its own landlord, control its own destiny.”

“Others bemoaned the loss of easy access to a bus line and, depending on where they live, the extra time it will take them to get to mid-day elections board meetings. “For me to get out there … to Plainfield Pike, that’s a pretty good ride, especially around traffic time,″ said Commissioner Isadore Ramos, who lives in East Providence.

Complicating the picture: The months-in-the-making lease agreement with Dean’s Berkeley Acquisition Corporation has been challenged in Superior Court by a pair of landlords who have called the bidding process a “sham.”

After Monday’s vote, the landlords’ lawyer, Michael Mineau, said his clients are awaiting a response by Nov. 6 to the many documents they requested through discovery, and will decide after that what, if any, additional actions to take.

The backdrop: The Board of Elections wants to consolidate its offices on Branch Avenue in Providence and election-machine storage in the Cranston Street Armory — both state owned — into a single location.

The rationale for leaving a no-rent, state-owned building for a new home at an anticipated $6 million cost over 10 years: “One centralized BOE operation will increase operational efficiency, provide a secure elections facility and improve customer service for our clientele,″ the BOE’s executive director, Robert Rapoza, explained in a May 23 letter to the Department of Administration. (The actual cost may be lower, including rent and the state’s share of the insurance, taxes and common area maintenance: $5,012,577).

Mutual Properties and Paolino Properties were among the prospective landlords who submitted bids for the Board of Elections lease earlier this year, with Mutual reportedly putting in the low bid for its building at 14 Thurber Blvd. in Smithfield. The state decided to cancel the formal bid process and put together a deal with Dean, which Mutual and Paolino say violated procurement rules. The stated reason: None of the other offerings were satisfactory.

Dean did not submit a bid. The Department of Administration has not yet made the bids public.

The case is still pending, but a judge denied the plaintiffs’ request to stop the board from leasing the Cranston site.

In the last two years, Brad Dean, chairman of Dean Warehouse Services, has become a man in the news.

In November 2017, Lt. Gov. Dan McKee announced his bid for reelection at a warehouse owned by Dean, whom he described as a friend from childhood.

On that day, Dean confirmed that former House Speaker Gordon Fox had been working for his company since his transfer in August from a federal prison in Pennsylvania to a halfway house. Once the state’s most powerful politician, Fox left prison after serving two years of a three-year sentence for accepting a $52,500 bribe and stealing $109,000 in campaign contributions.

Dean told The Journal an unnamed friend called to ask if he had an opening. He did.

More recently, Dean’s name surfaced in connection with 815 Jefferson Boulevard in Warwick where a number of companies with State House connections are queuing up for a piece of Rhode Island’s cannabis market.

Warwick tax records show that the sprawling building at 815 Jefferson Blvd., with 600,421 square feet, is owned by Gustafson, Ballard & Jones, a real estate corporation headquartered at 70 Industrial Road, Cumberland. The company’s listed contact person is Brad Dean, whose trucking and distribution company appears to be the largest tenant at the Jefferson Boulevard complex.

As for the election board’s current home, at least one major developer has eyes on it.

Asked whether his company was interested in the board’s Branch Avenue location, Kelly Coates, president and CEO of the Carpionato Group, said, “Yes, of course. We are investing in the mill on Dryden Lane and redeveloping the former Benny’s on Branch Ave. The BOE building abuts both projects and is in rugged condition. If we were able to purchase it, I would redevelop it and further add value to the community.”

“We are putting medical offices into the mill building. We are converting the former Benny’s building into small-tenant retail,″ he said.

With reports from Tom Mooney

With wind turbine decision under appeal, developer turns to solar on Pacheco property

Despite lawsuit and cost, Board of Elections approves new HQ
Comments are closed.